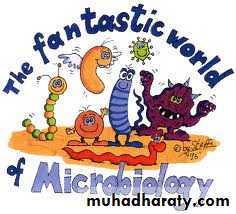 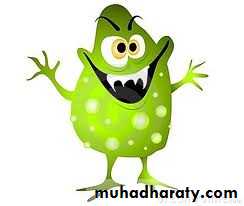 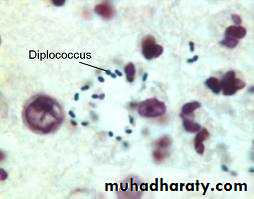 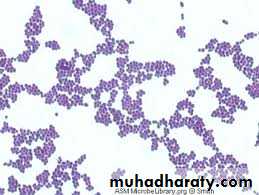 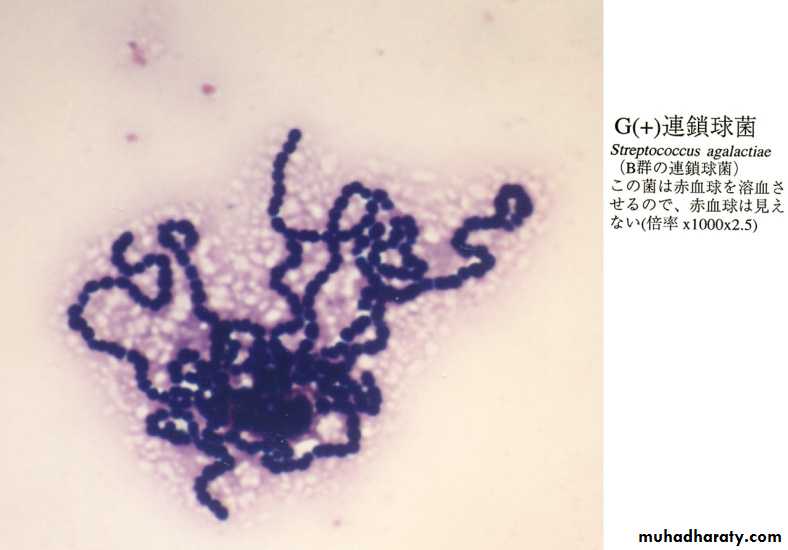 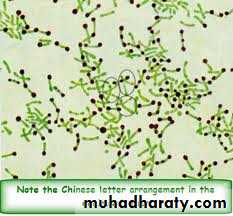 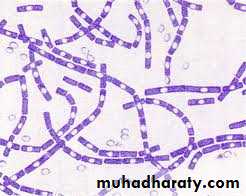 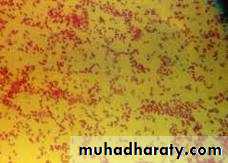 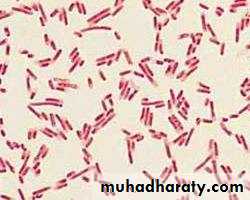 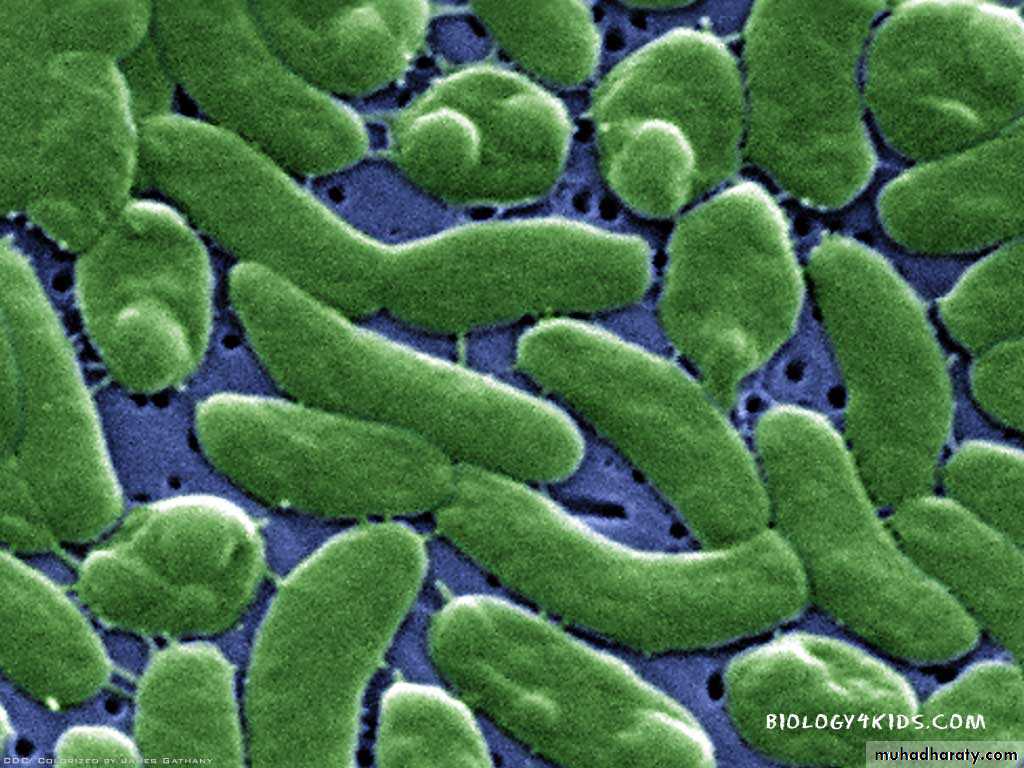 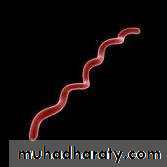 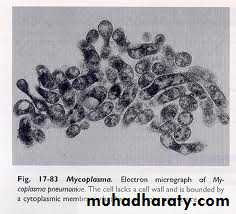 It’s the growth, nutrition, Andmetabolism OF BACTERIA
What does physiology means ? 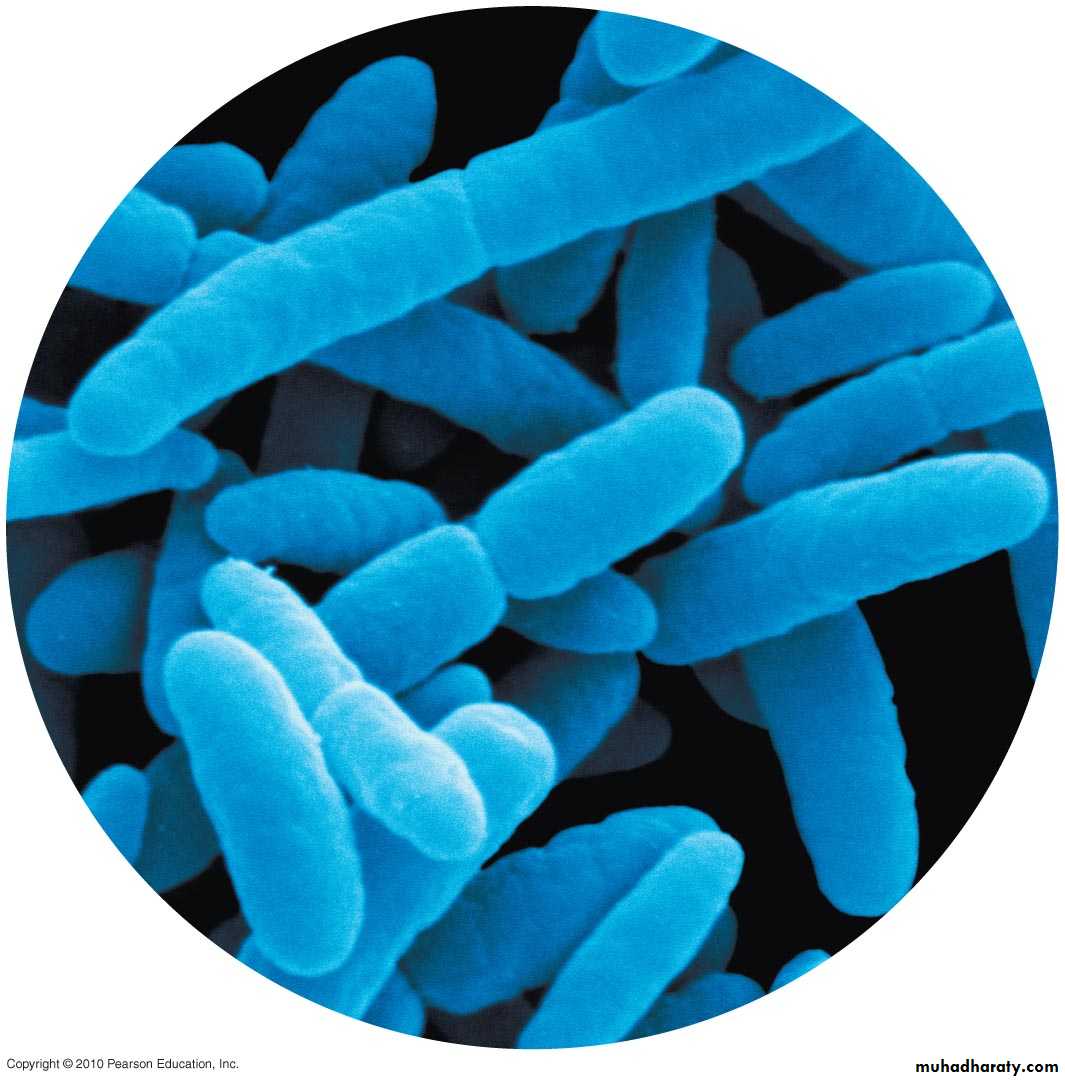 It involves an increase in the number of individual cells. 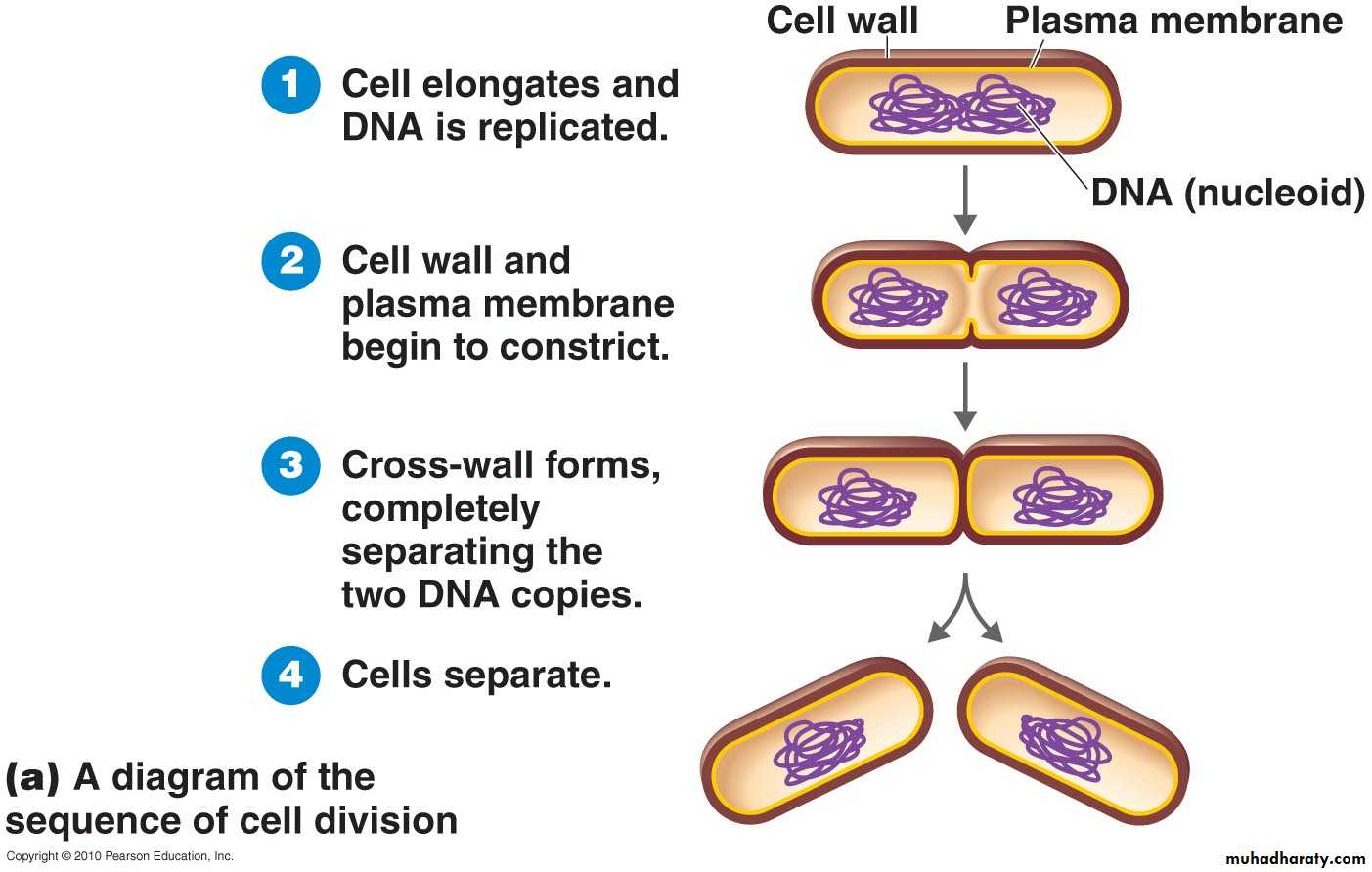 Generation time of E.coli & other medically important bacteria is 20 mins

For tubercle bacilli is 20 hrs

For lepra bacilli is 20 days


Each bacterial colony represents a clone of cells derived from a single parent cell. 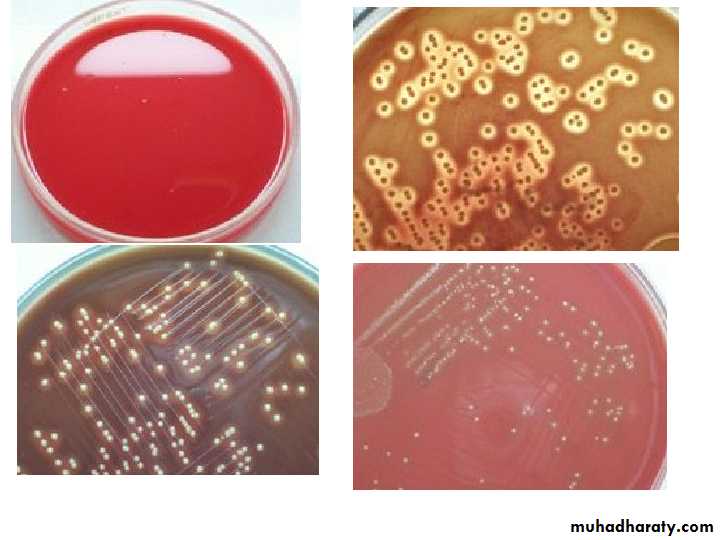 Bacteria vary in their temperature requirements.
Temperature range – growth does not occur above the maximum or below the minimum.
Optimum Temperature – It is the temperature at which growth occurs best, it is 37ºC for most pathogenic bacteria

CLASSIFICATION BASED ON TEMP. 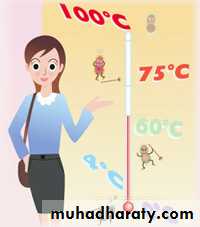 • Depending on the O2 requirement, bacteria are divided into :
• Strict (Obligate) Aerobes – require O2 for growth e.g. Pseudomonas aeruginosa
• Strict (Obligate) Anaerobes – grow in the absence of O2 & may even die on exposure to O2 e.g. Bacteroides fragilis
• Microaerophilic – grow best in the presence of low oxygen levels
• e.g. Campylobacter spp, Helicobacter spp

• 4.Facultative anaerobe – aerobic but can also grow in the absence of O2

• The Effect of Oxygen (O2) on Growth 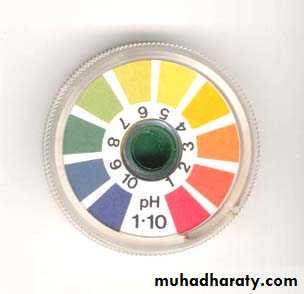 Water is an essential ingredient of bacteria. Hence drying is lethal to cells.

Trepanoma pallidum are highly sensitive to drying
Staphylococcus spp. withstand drying for months
Spores are resistant to drying and may survive for several decades


BACTERIAL GROWTH CURVE
When a bacterium is added to a suitable medium & incubated, its growth follows a definite course.

If bacterial counts are made at intervals after inoculation & plotted in relation to time, a growth curve is obtained.

PHASES OF GROWTH
Lag phase – no increase in number but there may be an increase in the size of the cell.

Phase of decline – Population decreases due to the death of cells – autolytic enzymes. 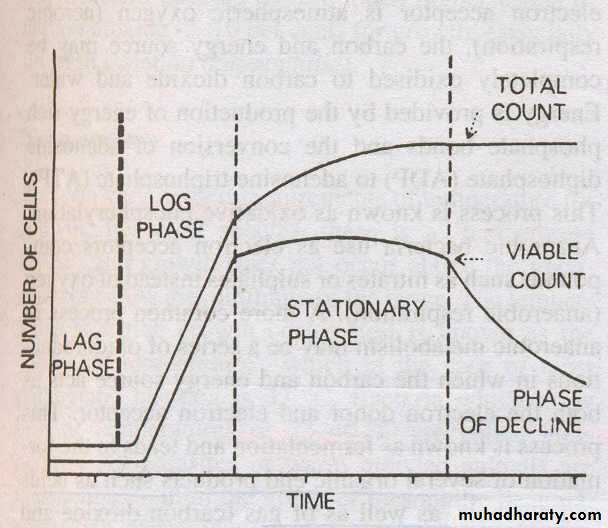 BACTERIAL COUNTS
Growth in numbers can be studied by bacterial counts.

• Total number of cells in the sample – living + dead.
• Can be obtained by :
• Direct counting under microscope using counting chambers.
• Counting in an electronic device – Coulter counter.

Water constitutes 80% of the total weight of bacterial cells.

For growth & multiplication, the minimum nutritional requirements are water, a source of carbon, a source of nitrogen & some inorganic salts

Classification based on nutrition

• Some bacteria require certain organic compounds in minute quantities called as nutritional factors .
• It can be :
• Essential – Compounds that bacterial growth does not occur in their absence.
• Accessory – Compounds that enhance growth but without being absolutely necessary for it

Based on Nutritional Requirement Bacteria Can Be Classified As: 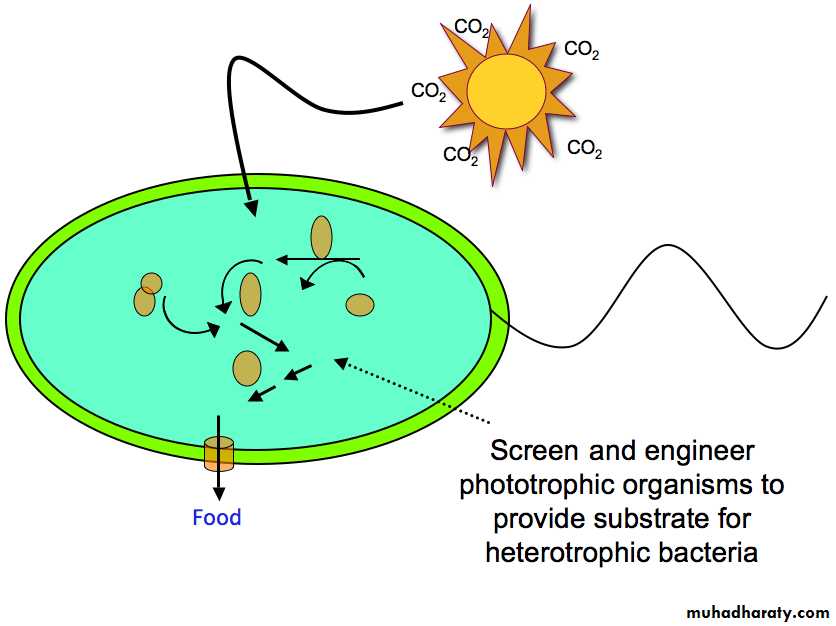 • Types of Metabolism:
• Metabolism is the totality of chemical reactions occurring in bacterial cells.
• They can be subdivided into :
• A- Catabolic reactions that supply energy.
• B- Anabolic (synthetic) reactions that consume energy

-Catabolic reactions supply both energy and the basic structural elements for the synthesis of specific bacterial molecules.
-In the anabolic reactions , the energy requirement is consumed in form of light or chemical energy—by photosynthetic or chemosynthetic bacteria, respectively.

-Organic nutrient substrates are catabolized in a wide variety of enzymatic processes that can be schematically divided into three phases:
1-Digestion:
-Bacterial exoenzymes split up the nutrient substrates into smaller molecules outside the cell.
The exoenzymes represent important pathogenicity
factors in some cases.

-Nutrients can be taken up by means of passive diffusion or, more frequently, specifically by active transport through the membrane(s).

-This process is defined as the removal of electrons and H+ ions.

-The substance to which the H2 atoms are transferred is called the hydrogen acceptor.

-The two basic forms of oxidation are defined by the final hydrogen acceptor:

-Here an organic compound serves as the hydrogen acceptor.

-The main difference between fermentation and respiration is the energy yield, which can be greater from respiration than from fermentation for a
given nutrient substrate by as much as 10 times .

-Some bacteria (like E. coli) are capable of synthesizing all the complex organic molecules that they are comprised of from the simplest nutrients in a very short time. These capacities are utilized in the field of microbiological engineering.

-Some bacteria are capable of using hydrocarbon compounds as an energy source.