Salpingitis is inflammations of the tube and is almost always microbial in origin. With the declining incidence of gonorrhea, nongonococcal organisms, such as Chlamydia, Mycoplasma hominis, coliforms, and (in the postpartum setting) streptococci and staphylococci

Placental Inflammations and Infections
Infections reach the placenta either as an ascending infection through the birth canal (the most common) or through hematogenous route (transplacental infection).
Ascending infections are mostly bacterial and are complicated by premature rupture of the membranes that eventuates in premature birth. The chorioamnion shows neutrophilic infiltration with edema and congestion (acute chorioamnionitis). Extension of the infection may involve the umbilical cord and placental villi and cause acute vasculitis of the cord. In hematogenous spread of bacteria and other organisms the villi are most often affected (villitis).

Ectopic Pregnancy refers to implantation of the fertilized ovum in any site other than the normal uterine location.

It occurs in 1% of pregnancies. In more than 90% it is a tubal pregnancy; other sites include the ovaries & abdominal cavity. Any factor that retards passage of the ovum along its course through the tube to the uterus predisposes to an ectopic pregnancy. 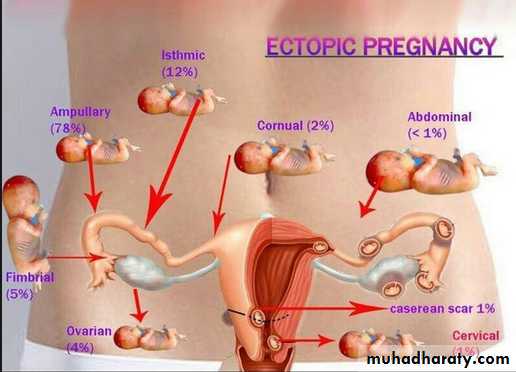 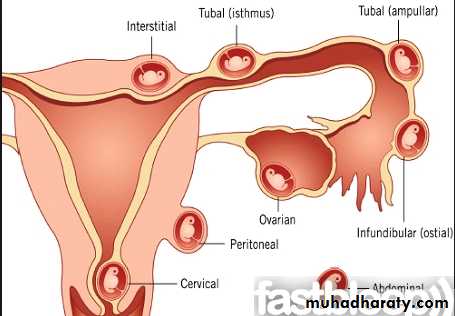 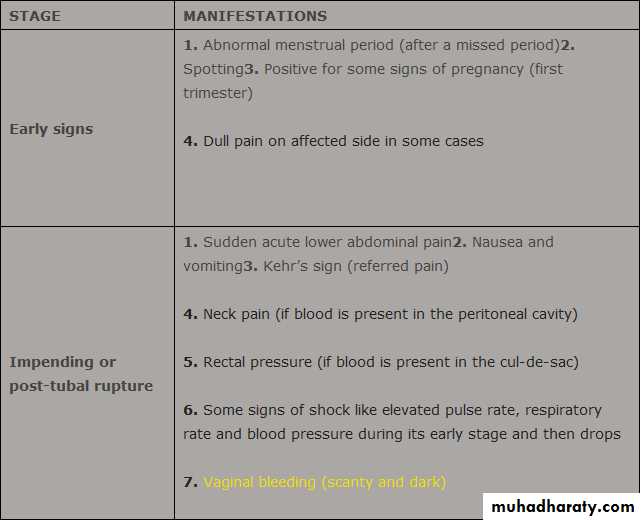 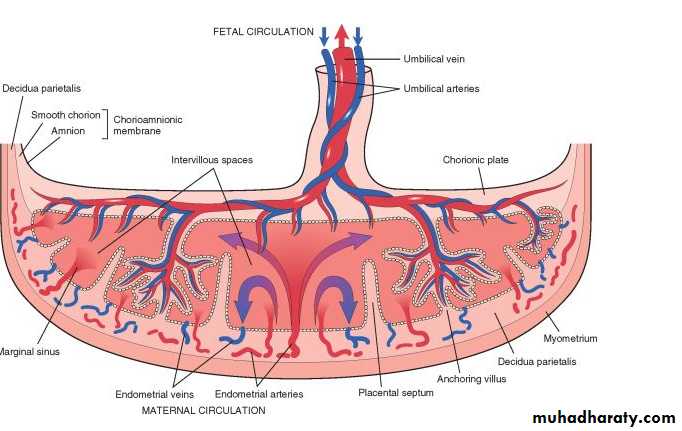 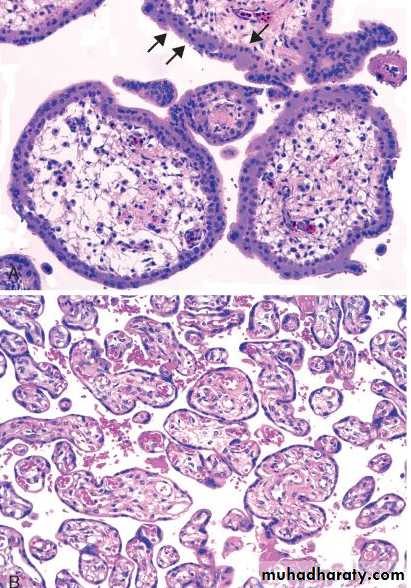 • The complete hydatidiform mole does not permit embryogenesis and thus does not contain fetal parts. All of the chorionic villi are abnormal, and the chorionic epithelial cells are diploid (46, XX or, uncommonly, 46, XY).
B. The partial hydatidiform mole permits early embryogenesis and therefore contains fetal parts, has some normal chorionic villi, and is almost always triploid (e.g., 69, XXY). 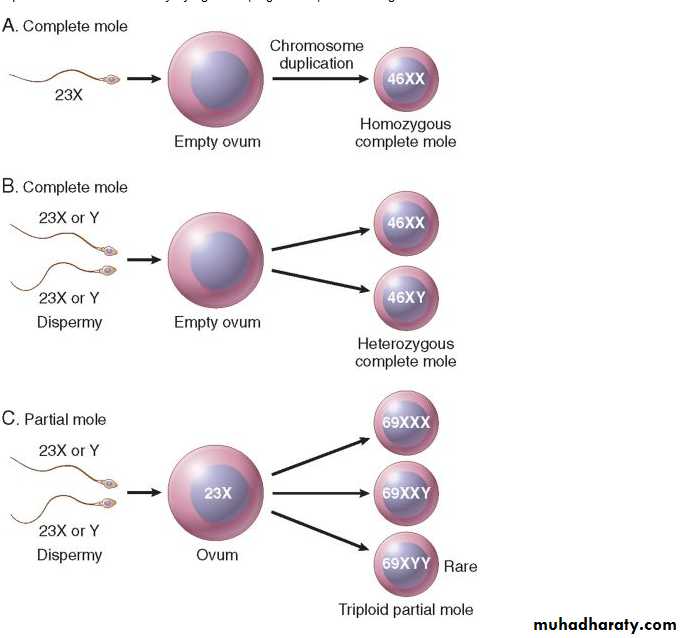 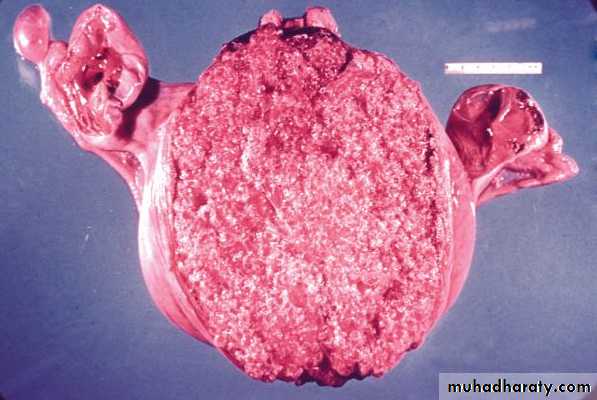 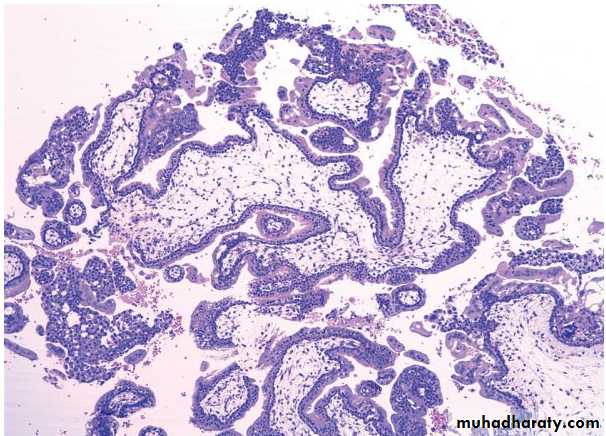 • In fully developed cases of complete moles the uterine cavity is filled with a delicate, friable mass of thin-walled, translucent cystic structures .
• Fetal parts are rarely seen in complete moles but are common in partial moles. In the latter only some but not all of the villi are swollen.
Microscopic features
The complete mole
• There is hydropic swelling of all the chorionic villi, which are avascular.
• The central substance of the villi is a loose, edematous stroma.
• The chorionic epithelium almost always shows some degree of proliferation of both cytotrophoblast and syncytiotrophoblast . The proliferation may be mild, but in many cases there is striking circumferential hyperplasia.

Choriocarcinoma is a very aggressive malignant tumor arises either from gestational chorionic epithelium or, less frequently, from totipotential cells within the gonads or elsewhere.
They are much more common in Asian and African countries, reaching a frequency of 1 in 2000 pregnancies. The risk is somewhat greater before age 20 and is significantly elevated after age 40. Approximately 50% of choriocarcinomas complicate complete hyaditidiform moles; about 25% arise after an abortion, and most of the remainder occur during what had been a normal pregnancy.

• The tumor appears as very hemorrhagic, soft, nodular, necrotic masses within the uterus.
• Some times the primary lesion may self-destruct, and only the metastases tell the story.
• Very early, the tumor insinuates itself into the myometrium and into vessels.

Microscopic features
• Cytotrophblastic cells tend to grow in clusters and sheets, separated by streaming masses of syncytiotrophoblast, forming the characteristic dimorphic growth pattern of mononucleate cytotrophoblast and syncytiotrophoblast.
• Hemorrhage and necrosis are usually present.
• In contrast to the case with hydatidiform moles and invasive moles, chorionic villi are not formed.

The syndrome of hypertension, proteinuria and edema developing in the third trimester of pregnancy, is referred to as preeclampsia.

Pathogenesis: a basic underlying feature in all cases is inadequate maternal blood flow to the placenta secondary to inadequate development of the spiral arteries of the uteroplacental bed. In the third trimester of normal pregnancy, the musculo-elastic walls of the spiral arteries are replaced by a fibrinous material, permitting them to dilate into wide vascular sinusoids. In preeclampsia and eclampsia, the musculoelastic walls are retained and the channels remain narrow. A decrease in vascular endothelial growth factor (VEGF) and an increase in antiangiogenic factors have been found to predate the onset of preeclampsia.

A. Placental changes include:
1. Infarcts, which are a feature of normal pregnancy, are much more numerous. However, they may be absent.
2. Retroplacental hemorrhages occur in 15% of patients.
3. Premature aging of the villi may occur as evidenced by villous edema, hypovascularity, and increased production of syncytial epithelial knots.
4. Acute atherosis of spiral arterioles: prominent in well-advanced eclampsia & characterized by thickening and fibrinoid necrosis of the vessel wall with focal accumulations of lipid-containing macrophages. Necrosis of these cells releases lipid. Such lesions accentuate the placental ischemia. 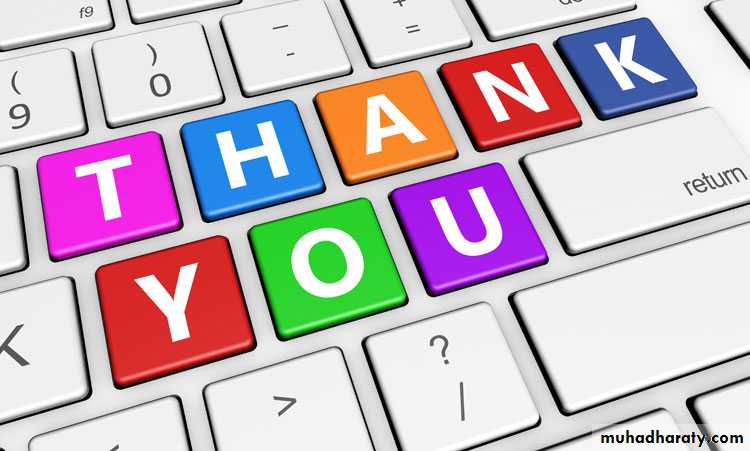