The CNS contains the brain and spinal cord. The PNS consists mainly of nerves, which are enclosed bundles of the long fibers or axons, that connect the CNS to every other part of the body. 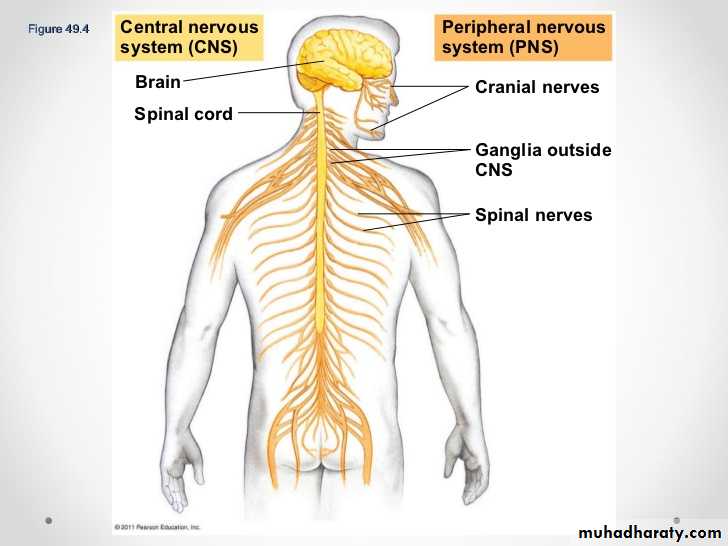 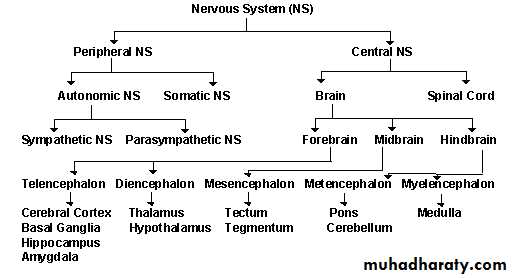 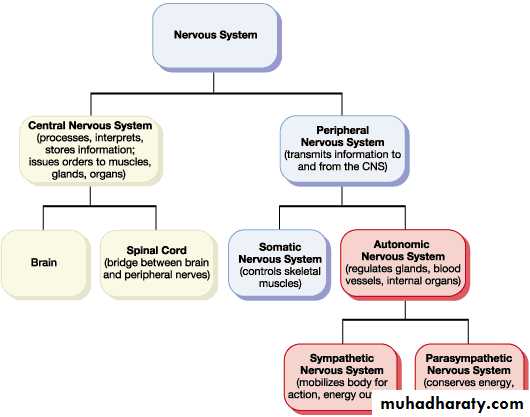 The functional part of the cerebral cortex is a thin layer of neurons covering the surface of all the convolutions of the cerebrum. This layer is only 2 to 5 millimeters thick, with a total area of about one quarter of a square meter. Most of the neurons are of three types: (1) granular (also called stellate), (2) fusiform, and (3) pyramidal, the last named for their characteristic pyramidal shape. 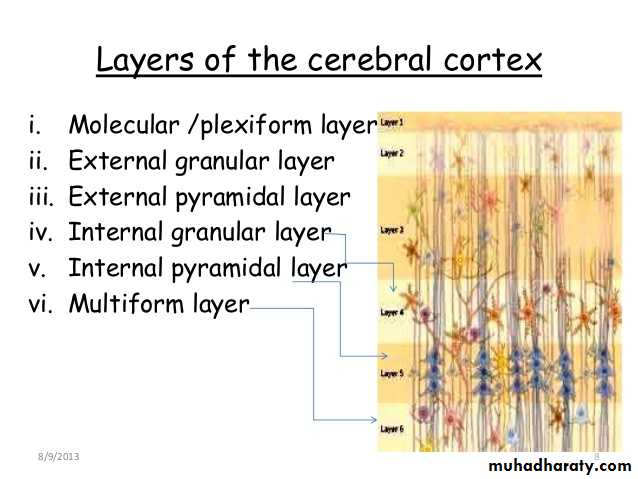 The pyramidal and fusiform cells give rise to almost all the output fibers from the cortex. The pyramidal cells, which are larger and more numerous than the fusiform cells, are the source of the long, large nerve fibers that go all the way to the spinal cord. 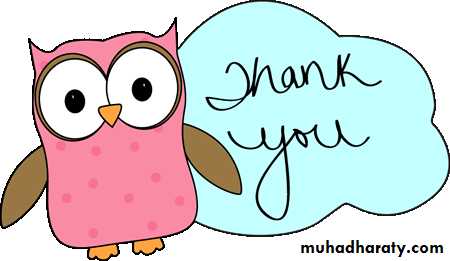