• -Hypersensitivity (allergy) is an inappropriate immune response that may develop in the humoral or cell-mediated responses
• -Was first termed anaphylaxis
• -can be systematic, which often leads to shock and can be fatal, or localized, which is various atopic reactions

There are four types of reactions: 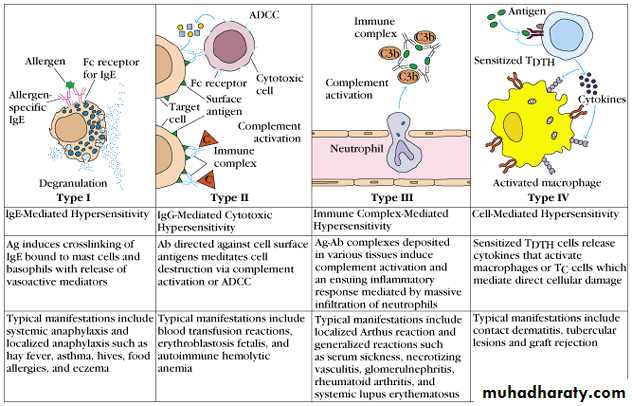 In type I( immediate) hypersensitivity the binding of an antigen to specific IgE bound to its high-affinity receptors on a mast cell surface results in massive and rapid cell degranulation. The antigens involved are typically inert molecules present in the environment( termed allergens).

The immediate effects of allergen exposure are often very florid( early phase response), allergic disorders also have a second phase, occurring a few hours after exposure and last up to several days. These are called late phase responses(LPR).

Recruitment of eosinophils is often a prominent feature . From a pathological and therapeutic viewpoint, the LPR gives rise to chronic inflammation which is difficult to control. In asthma the LPR can result in prolonged wheezing that can be fatal. Testing of this type is via skin test for specific IgE.

The antibodies produced by the immune response bind to antigens on the patient’ s own cell surfaces. These antigens can either be intrinsic ( “self” antigens), in which case the autoimmune disease is the best example or extrinsic (adsorbed during exposure to some foreign antigens in case of infection).

Type -3(immune complex mediated)- IgG binds to soluble antigen on a target cell, which is actually a host cell that is perceived by the immune system as foreign, leading to cellular destruction via neutrophil & the subsequent release of lysosomal enzymes. 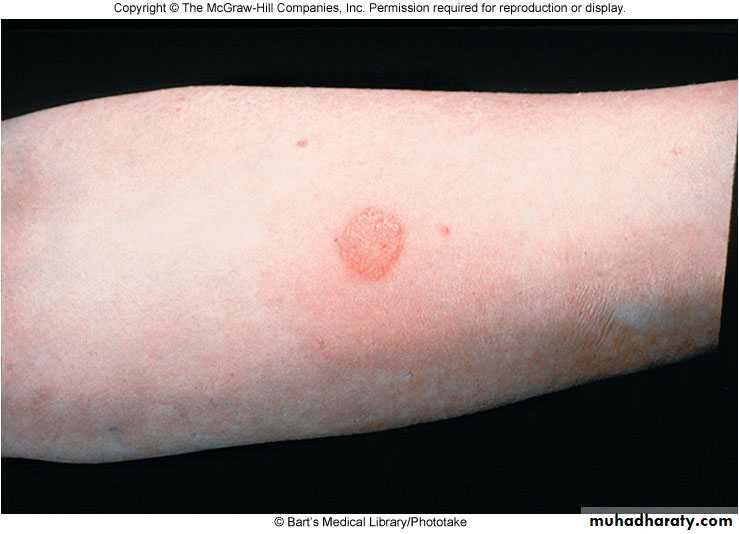 Type –V hypersensitivity reaction is an additional type that is sometimes used as a distinction from type II. In this condition, the antibodies recognize& bind to the cell surface receptors. Examples include myasthenia gravis& Grave’s disease.

Autoantibodies
a- Rheumatoid factor==antibody directed against the common Fc region of human IgG. It may be of any Ig class but IgM is commonly tested.

Only 5% of patients with rheumatoid arthritis are positive for Rheumatoid factor&25% will become positive in the next two years of the disease.

Therefore, it poorly sensitive to rule out RA. Also it has low specificity for RA.

b- antinuclear antibodies(ANA)= are a group of antibodies which bind to the components of the nucleus.

The major indication for ANA is in the diagnosis of SLE , with a very high sensitivity (almost 100%).
Negative ANA test virtually excludes SLE diagnosis.

g- anti- phospholipid Abs. They are associated with development of venous &arterial thrombosis &recurrent fetal loss as occur in primary antiphospholipid syndrome or as a complication of SLE.

Example of such abs---

Are IgG abs. to cytoplasmic constituents of granulocytes. Two types are found:

C-ANCA( cytoplasmic) associated with abs. to proteinase-3&occur in 90% of patients with Wegener's granulomatosis with renal involvement .

The other type is perinuclear (P-ANCA)& found in patients with Churg-Strauss syndrome.

Examples of autoimmune diseasesGrave's disease
Characterized by thyrotoxicosis with or without diffuse goiter. 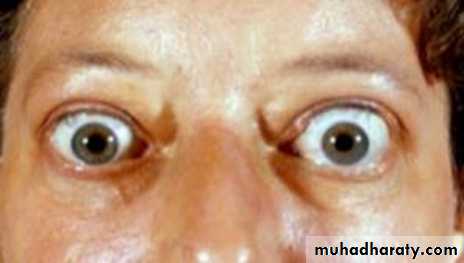 These abs. are termed TRAb(TSH receptor abs.) which can be detected in 90% of patients.

Subtotal thyroidectomy for large goiter& in whom drug therapy were invalid or contraindicated.

Radioactive Iodine is kept for patients over the age of 40 years &recurrence after surgery but contraindicated in pregnancy.