The Cardiac Cycle pptx - D. No

The cardiac cycle is refers to the sequence of mechanical and electrical events that repeats with every heart beat. Each cardiac cycle has two phases: diastole, the time during which cardiac muscle relaxes and ventricles fill with blood, and systole, the time during which the cardiac muscle contracts and blood ejected by ventricles. 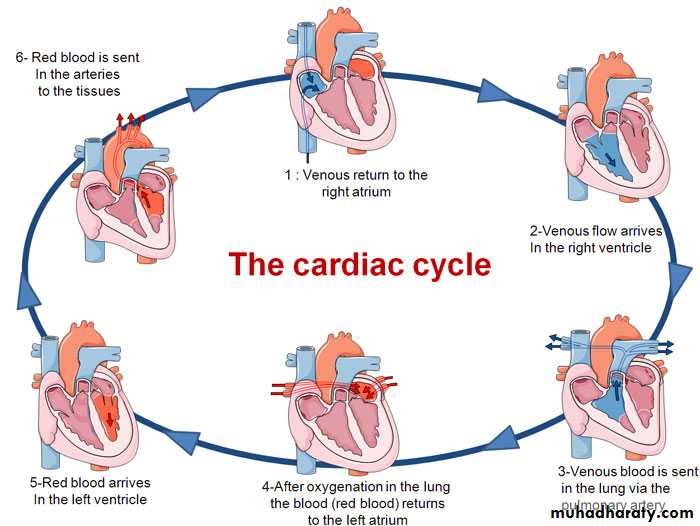 At large volumes, and with ventricles with low compliance, the rapid reduction of filling at the end of this phase may produce the third heart sound. About 70% of ventricular filling occur in this phase.

The sinoatrial pacemaker complex initiates excitation, which spreads across the atria and is recognised in the ECG as the P-wave atrial contraction follows increasing the pressure within both atria this increase in the RA pressure gives the a-wave of the Jugular Venous pulse, or CVP trace.

NB: With reduced ventricular compliance, atrial contraction may give rise to a fourth heart sound 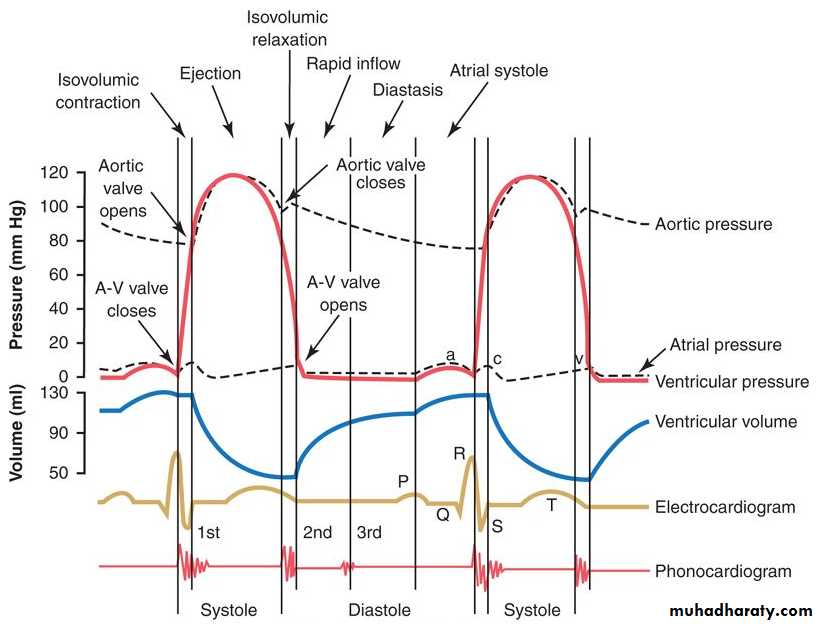 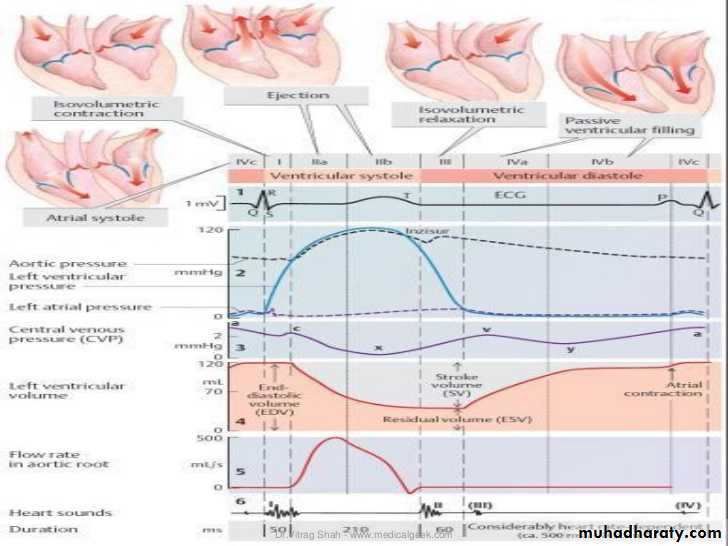 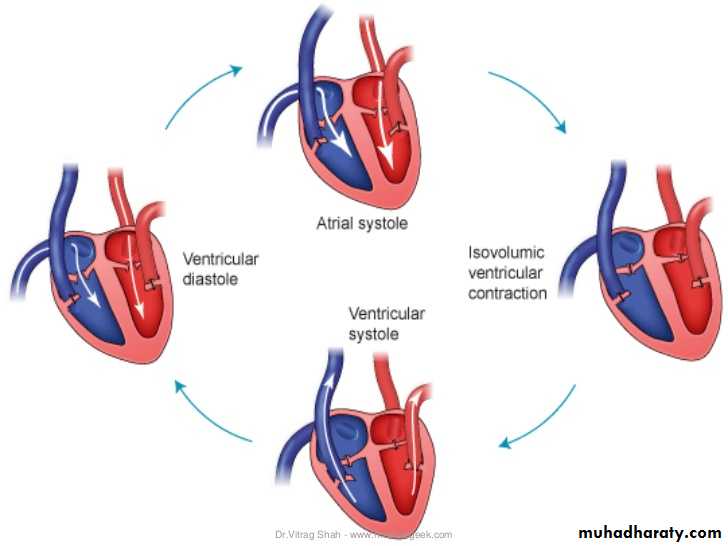 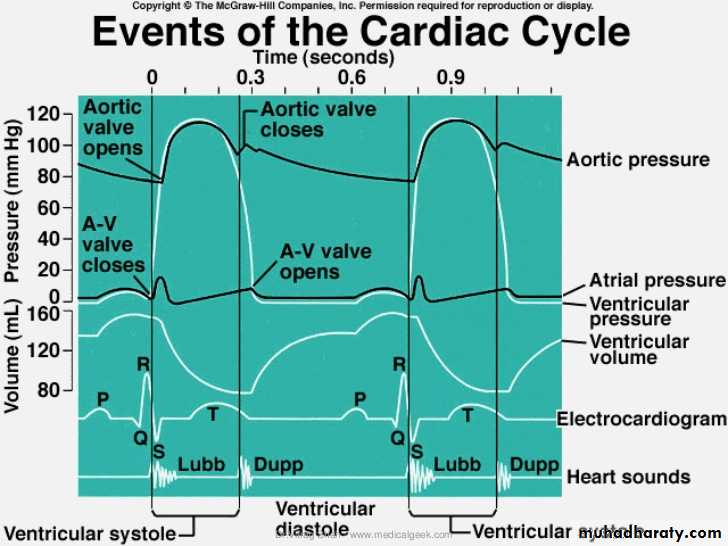 Excitation of the ventricles occurs as the wave of excitation passes through the AV node, bundle of His and Purkinje system. Ventricular contraction coinciding with the peak of the R-wave of the ECG, in response to contraction of the muscle, 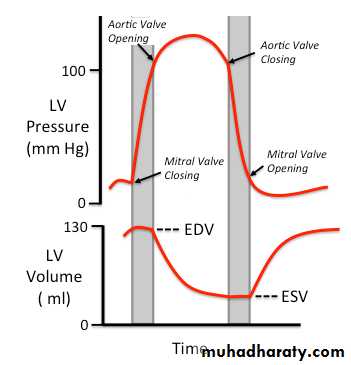 Because of the high ventricular pressure, unless the papillary muscles perfectly compensate, there ,is a tendency for the A-V valves to bulge into the atria producing the av-wave of the JVP. Immediately after this the atrial pressure fall due to the descent of the base of the heart and stretching of the atria, producing the x descent of the JVP. This reduced atrial pressure aids the return of blood from the periphery.

both the contractile forces and the pressure within the ventricles are decreasing during this phase and are less than those within the aorta by several mmHg . This phase coinciding with the Repolarisation of the myocardium occurs during ( T-wave of the ECG).

The ventricular pressure is decreasing very rapidly and there is reversal of flow toward the heart, closing the valves and generating the second second heart sound.

both valve sets are closed, so pressure drops very rapidly as there is "no" change in volume as this is occurring atrial pressure is increasing to its maximum, due to the:
1. movement of blood from the periphery
2. movement of the base of the heart back to its resting position ® v-wave of the JVP 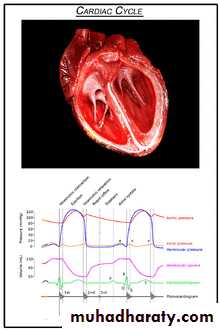 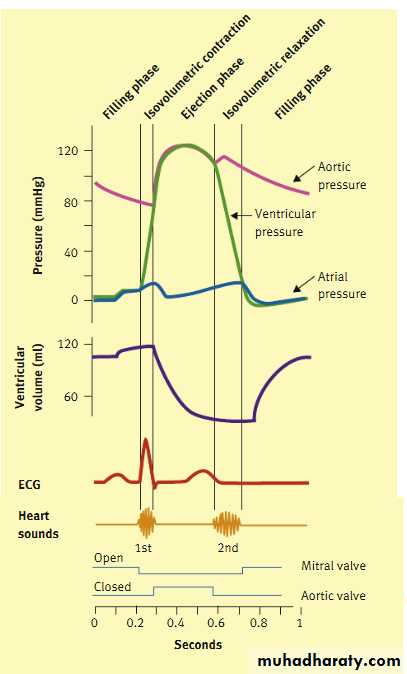 3. Because of higher systemic pressure LV outflow ends first with the total LVET being shorter that the RVET
4. the mitral valve opens after the tricuspid due to the greater time for ventricular pressure to drop below atrial pressure. 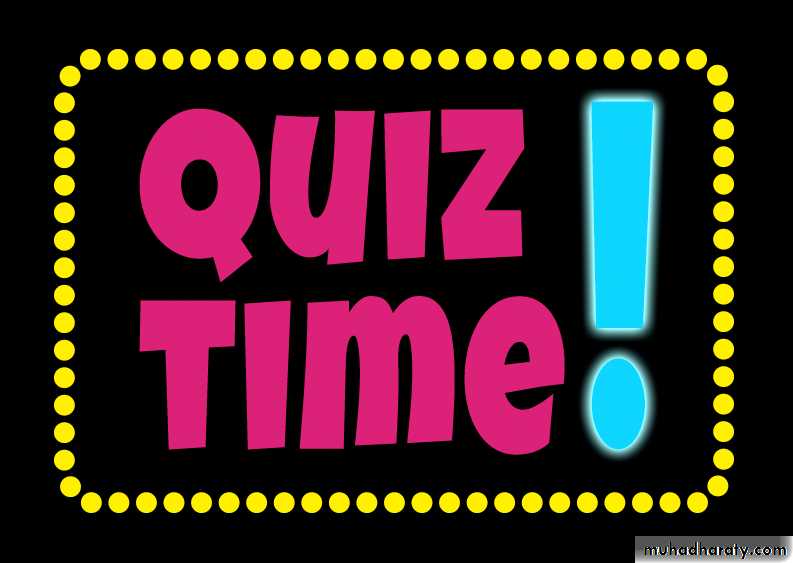 Q1// The semilunar valves close during.: 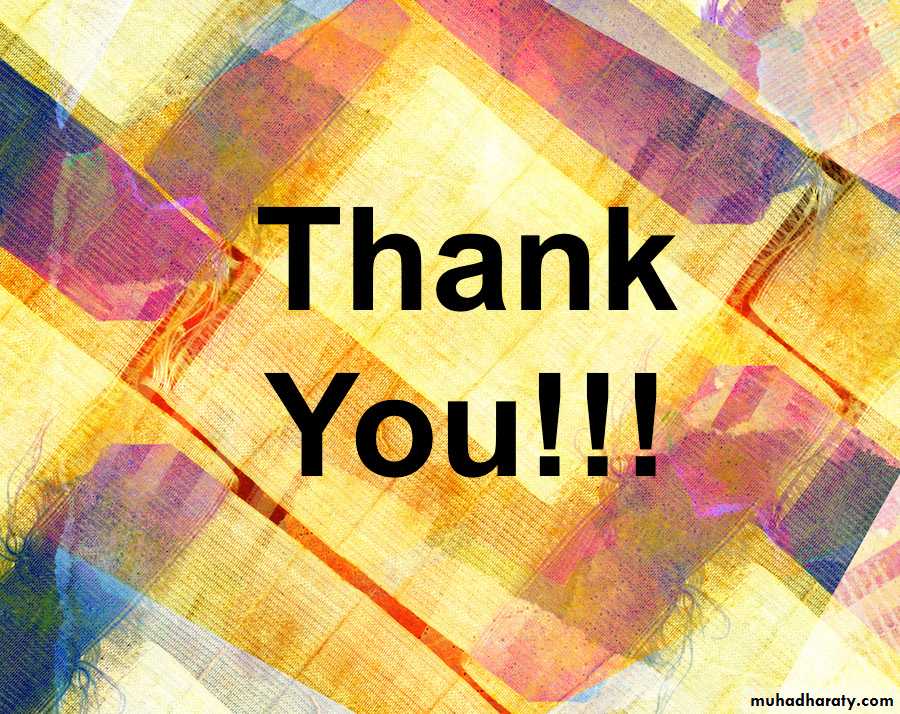